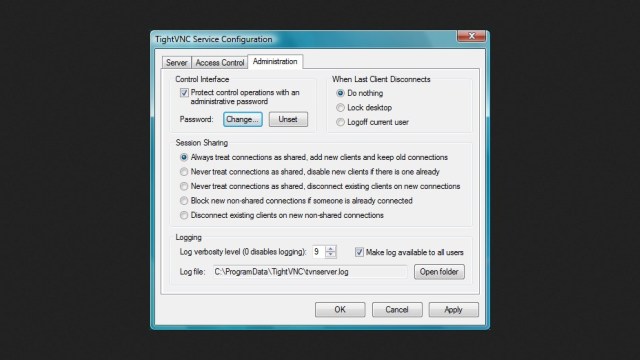 The analysis of the timeline helps to identify the required approach and handling of single vulnerabilities and vulnerability collections.

VNC usually runs as a service, so it's mostly not even seen by the user. Even if there is a password on it, it is often times only a password without a username, so it's relatively "easy" to crack if you already have collected some information on the company.

You might think, who runs outdated software like this? Well, I could tell you a story or two. The first thing we want to do is to scan for VNC Servers that don't use any password. Metasploit is our tool of choice here again. Next, we want to set our options. You can list options by running:. We want to scan the whole We also set the threads a bit higher so the scan is faster.

We can see that Metasploitable2 has the IP The script also detects that there is a VNC Service running, although we weren't able to connect, so there probably is a password on it. You have to be really lucky to find a completely password-free VNC Server. But it does happen occasionally.

Now keep in mind, even there is no password on VNC, there might be still a Windows Login required when you want to connect. The only thing you can do there is sit and wait for the users return and then hope you can gather something useful by watching what he's doing. Now that we know a VNC Server is present, probably running version 3. Nmap performs script scans as well. Among those scripts, there exists a vnc-info script that is useful to enumerate and extract details about a VNC service.

We performed the Nmap script scan and we can see that again the Protocol Version is 3. We also see that the installation is TightVNC based on the authentication. We now can see that there is significant information that an attacker could gather based on just Nmap scans.

Since we have performed some slight enumeration on our VNC server, it is time to test the Authentication Mechanism. In previous steps, we saw that to connect to the server, we require the password. We will try to perform a Bruteforce Attack. It is not exactly a blunt Bruteforce, more like a planned dictionary with possible and weak passwords.

We used Hydra to perform the attack. It requires us to provide a password dictionary, IP Address of the Server, and port on which the service is running. After working for a while, we can see that Hydra was able to crack the password for the VNC server, it is Since we saw how easy it was to first enumerate the service and then perform a Bruteforce attack that could result in the compromise of our machine, we can think of a method that will help us.

We can change the port at which the service is running to an uncommon port where the attacker would not be able to guess. This involves making changes in the vncserver file. We can use any text editor for this task. Here we have the variable vncPort. You could either change its value altogether or comment on it and make a new entry. We commented on the old value and added the new value of After saving the text file and restarting the VNC Server, we can be assured that the service will now be running on port To test this hypothesis, we get back to the Kali Linux Machine, here we again performed the port scan using Nmap and we could see that indeed the service is detected on the new port and it is possible to connect to VNC at Going back to basics, we are aware of the fact that to exploit a machine, we require a payload.

We will be using the msfvenom payload creator for this task. We will be using the payload that is part of the vncinject module in the Metasploit so that the session that we receive is ready for the VNC connection that we desire. Since we are targeting the Windows Machine we mentioned, we created an executable payload as shown in the image below. Next, we transfer the payload to the target machine.

This is where it is up to the different attackers as to what method they want to use to get the victim to download and run the payload. While the transfer is in motion, we will be opening the Metasploit Framework and running a multi-handler that can receive the connection that will initiate the execution of the payload. As we can observe in our demonstration below is that we can receive a reverse connection and then on itself VNC viewer is launched by Metasploit.

As soon as the payload is executed it starts a notepad process with a process id and then injects the VNC payload into that process. It used Process ID in our demonstration. Then the exploit sends a stager and connects to the target machine. Followed by the start of the Local TCP relay between the attacker machine and the target machine. It is clear from the Exploitation section that it is not that simple to get a VNC session on the target machine.

However, it is possible to spoof the target into giving up the password for the VNC connection. Metasploit has a module that is designed to fake a VNC service that will fool the target and get the credentials. It requires the IP address to host the service at and the location of the file where the grabbed credentials will be stored. Since we started with the capture vnc module, we can check if there is a service that seems to be available using the port scan at the IP Address mentioned in the options.

We see that a VNC service seems to be running on port When we try to connect to the fake VNC service as any victim would we see that after entering the correct credentials we see that it provides us with the message of Authentication Failure. But if we go back to the terminal where we ran the module, we can see that we can capture the Challenge and Response for the VNC service that we faked. But this is not enough since we need the exact credentials for the service to get access to the target machine through VNC.

In the previous section, we were able to capture the Challenge and the Response for the authentication of VNC. If we want to connect to a service, we require a password that we can enter. To do this we will decipher the password from the challenge and response. We used the wget to get it downloaded on our Kali machine. As it was in a compressed file, we use gunzip for decompressing it. To run the tool, we need to provide the execution permissions to it. Now, we need to provide the challenge and the response towards that challenge that we captured in the last section.

All that required is to capture the traffic between the server and client. To demonstrate we will be capturing the traffic from the authentication that happens between the Windows Machine and Ubuntu Server. We used Wireshark for capturing the network traffic packets. When we attempt the connection as shown in the image above, we see that an Authentication Challenge is being presented to the Client which in our case is the Windows Machine.

Then based on the challenge received, the client sends out their response back to the Server to authenticate the process and allow them to log in. This can also be captured using the Wireshark as shown below. As we pose as an attacker, we can able to capture all the traffic and pose as the Man-in-the-middle. Using TightVNC as with default settings can pose a security threat even without any attacker just capturing the network traffic. If the device is used to access another machine through TightVNC the credentials can be compromised.

When locating the file that contains the password and the connection settings you will find that the password is not directly stored in clear text format but is saved with some kind of encoding in place.